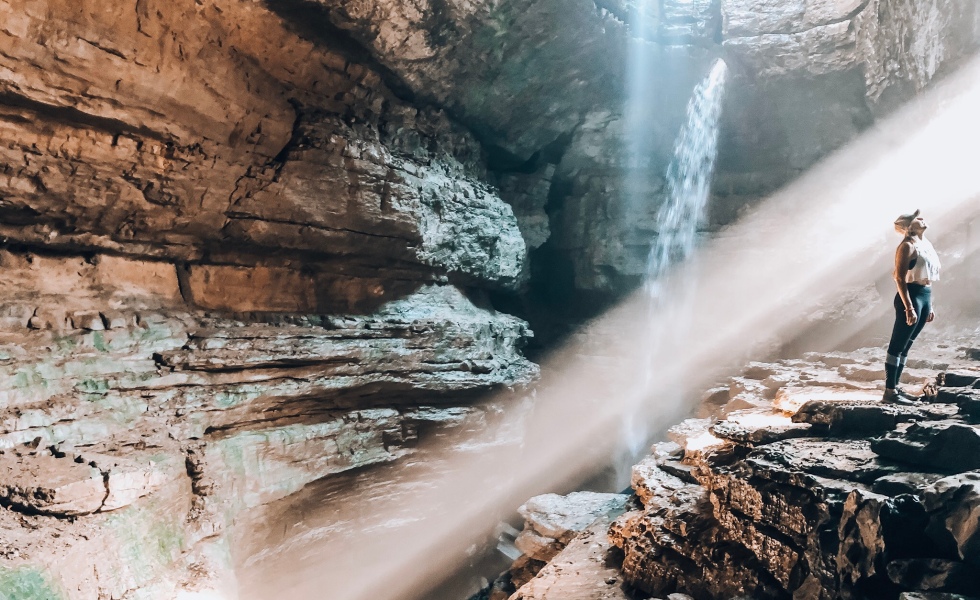 About a year ago I came across a picture of someone rappelling into a beautiful lush green cave. It looked like somewhere out of South America. It didn’t list where it was located, so I did a descriptive search of what I saw and finally came across the cave. It’s called Stephens Gap, and is in Woodville, Alabama of all places!

I threw it on my bucket list of places to go, but had an itch to check it off the list this year.

I flew into Huntsville Alabama and stayed with a friend in Athens before heading out the next morning. My buddy lived about 45 minutes away from the trailhead conveniently enough! The drive out was beautiful. I don’t remember seeing a whole lot of civilization near by, so staying in Athens might be a safe bet. It’s kind of in the middle of nowhere.

It’s important to know, you need to have a permit secured at least 48 hours in advance to rappelling OR hike out to the gap. You can get a permit (free) at http://www.permits.scci.org

Everyone in your party must fill out a form and have it back within the 48-hour period.

There is a gate that you will enter the code emailed to you after your permit has been secured for parking. The trailhead is visibly marked, but the path looked like it had several explorers treading different paths, so there are yellow flag markers indicating the correct way to go.

The hike itself is pretty basic. I believe 2 miles round trip. There was a cave we stumbled upon before reaching the gap. I didn’t see any way to rappel into the first one, but it was beautiful to look at!

I met some other wanderers on the trail that were also from California. They had rappelled several other caves across America, and this was a big one on their bucket list. I’m telling you, pictures don’t do justice, and it was a picture that captivated me in the first place.

I learned as we approached the gap, that camping is acceptable there! There was a big group of people with hammocks set up and tents assembled. I would have loved to camp there, had I known. You can hear the waterfall from pretty far away on the trail. I can only imagine how peaceful that would have been to sleep under the stars next to the waterfall. If you are more of a camper vs. hotel-er, my advice is to fly into Huntsville, rent a car, and camp at the gap!

This gap is beyond words. It’s a 150 ft cave with a waterfall. I brought two people who lived 45 minutes away from it, and had never known of its existence. It’s quite the hidden gem!

I came in February, which is the wet season, but the universe was on our side. We were gifted the warmest, sunniest day, and the waterfall was plentiful from all the previous rainy days.

There are two entrances to the cave; the gap, which you rappel into, or a walk in entrance at the bottom.

There is a pedestal to stand on inside the cave, or what you land on if rappelling in. I didn’t think of it at the time, but if you are planning on taking pictures there, (which you should), there are certain times of day that the light rays come flooding in.

Again, we got very lucky with the sunshine, and with timing. I believe I captured my photos around 11am. I think by noon the sun would be too high to shine through the cave.

If you are taking the walk in entrance, I advice non-slip shoes. There are lots of loose rocks, and it’s all very slippery, so be careful! Once in the cave, there is a little river system traveling through that you can cross over to explore the whole cave. 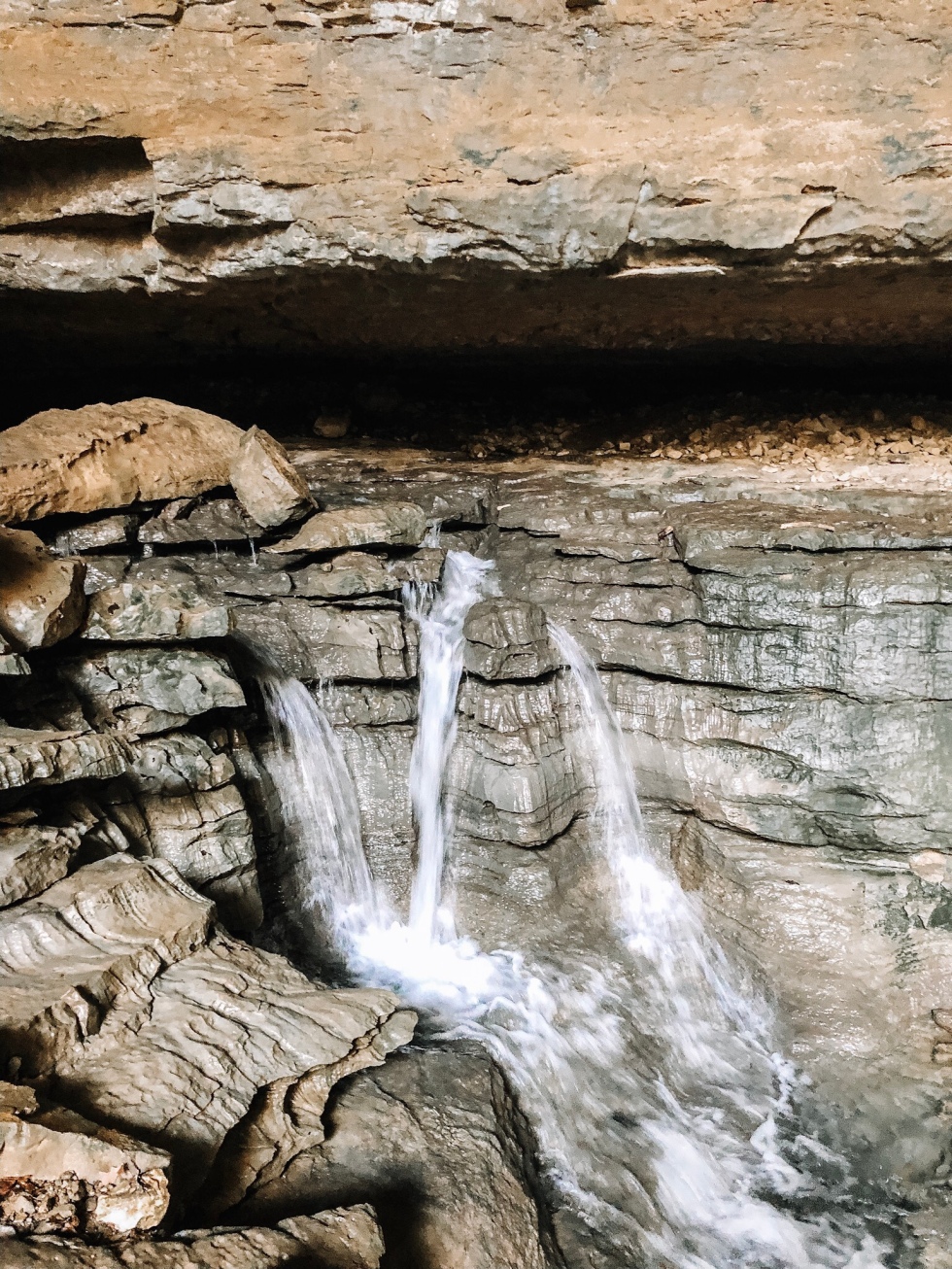 The pedestal is accessible to stand on, but still has a 30 ft drop to the bottom from that point, so be weary of that as well. The moisture played a huge factor in my decision to not go out to it. It was so slippery that I didn’t want to chance it. If you aren’t wimpy like me, I say do it!

We wandered around for quite a while. The waterfall was so loud, it was hard to hear anything else, but why would you want to!?

It was such a blast watching people rappel in from up above. It kind of felt like time froze for me in there. It was hard to wrap my head around this being a place on Earth.

It was easily one of my favorite places I’ve explored to date.

Each new place I get to wander, keeps pleasantly surprising me. My gratitude level skyrockets when I sit in a place like this, and try to wrap my head around how we became deserving of having these euphoric places to explore.

Either way, I am beaming with gratefulness that I got to have this experience.

It is SO worth a trip to Alabama! Add it to your list!

← -Mother Earth, you light up my life-
-Help reduce your Carbon footprint- →