-Things to do in Curaçao-

Curaçao was my first island experience and it did NOT disappoint.

When I had thought of island life, I personally started to get claustrophobic. The thought of running out of things to do or see makes me jittery. I like to always be going on some new adventure.

I think this wander, is what brought me head over heels for the ocean. Something transpired from my first snorkeling excursion.

I went on “Mermaid Boat trips” (mermaidboattrips.com) which was a two-hour boat ride out to a tiny island called Klein. I HIGHLY suggest taking Dramamine 24 hours before and another the morning of the excursion. It was really rough waters getting out there. Where it is incredibly relaxing once you get there, having seasickness will make any experience less enjoyable.

Klein looks identical to a desktop screensaver. White soft sand & clear turquoise water! There is an awesome abandoned lighthouse you can (carefully) explore. It had lizards, iguanas and hermit crabs crawling all over. You can take the spiral staircase up to the top and see the entire island! 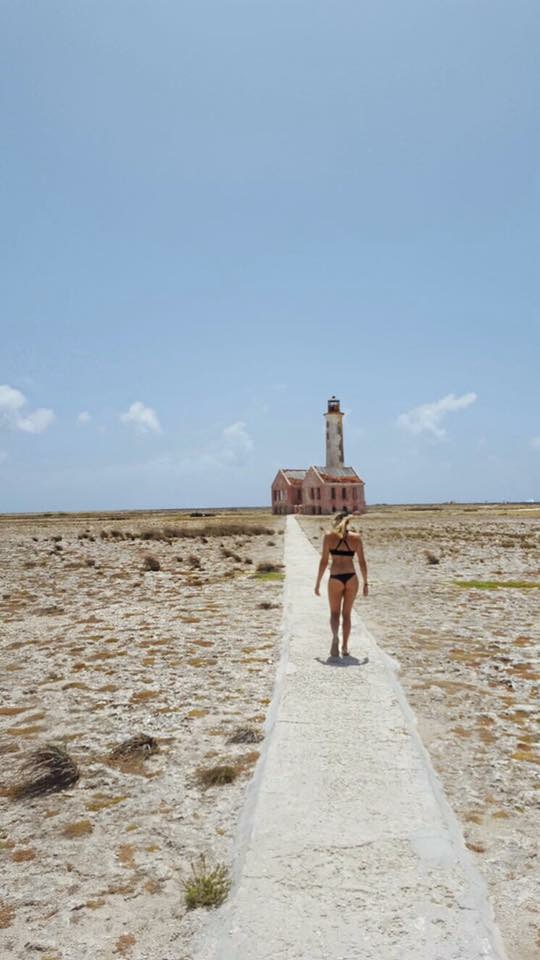 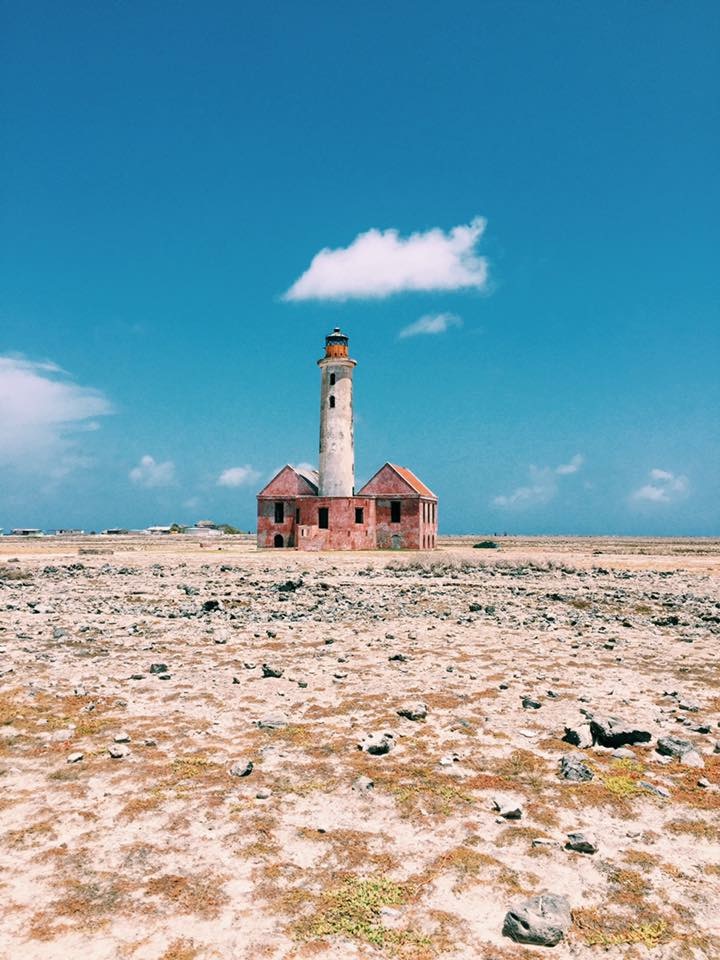 There is also a shipwrecked boat you can go admire. Completely rusted through and eerie looking.

The boat crew was incredibly kind and accommodating. They had breakfast for us once we got to the island, and started preparing lunch as soon as breakfast was over. We were free to explore the island and snorkel until “the lunch bell was ringing.”

This was my first time snorkeling, and I couldn’t have fallen in love with it more. Having clear water helped my fear of the ocean. I didn’t come out for hours. Have you ever swam with sea turtles? There are few things more peaceful than being one with the ocean, water blocking outside noise, and sharing space with the sea turtles. It was truly majestic. 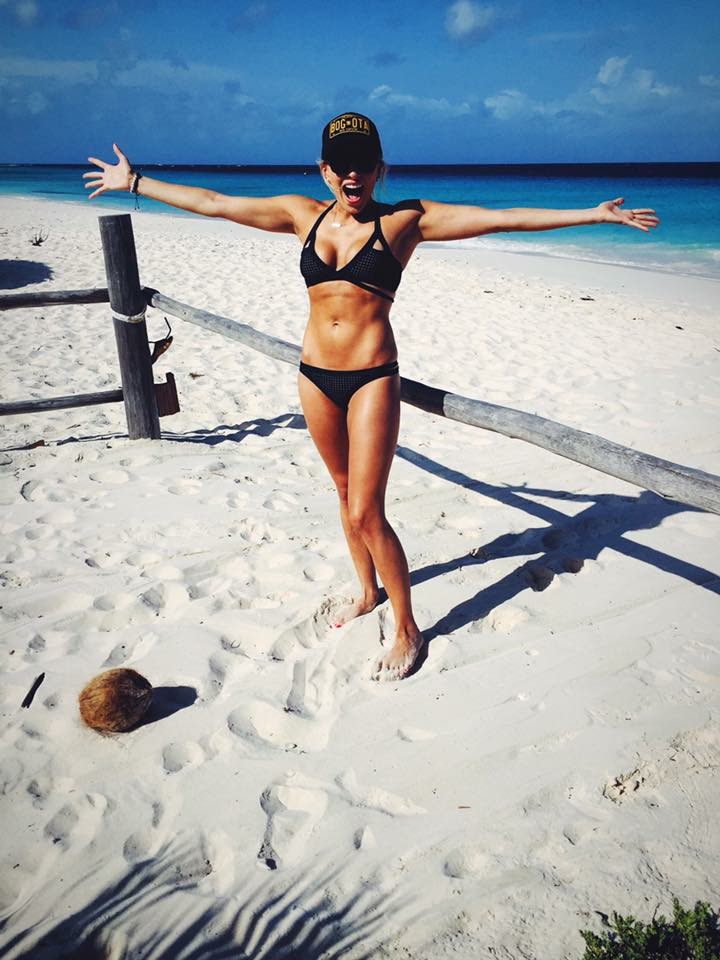 This seems like a no brainer, but I can’t push reapplication of (Ocean friendly, “Sun Bum” is an awesome one!) sunscreen more. I got so brutally sun burnt that it made parts of the rest of my trip extremely uncomfortable.

I was shocked by how beautiful the lunch presentation was. The preparation of the meal made our appreciation that much stronger. These guys worked their butts off! I couldn’t recommend this company more!

The following day I did a 4 stop, 4-wheeling excursion. (This was made uncomfortable thanks to my negligence of sun screen re application!) I went to “ATV and Buggy tours”, (atvbuggytours.com). Our first stop was an awesome Aloe Vera farm. My sunburn loved this stop! Learning about the growth and uses for aloe was awesome! 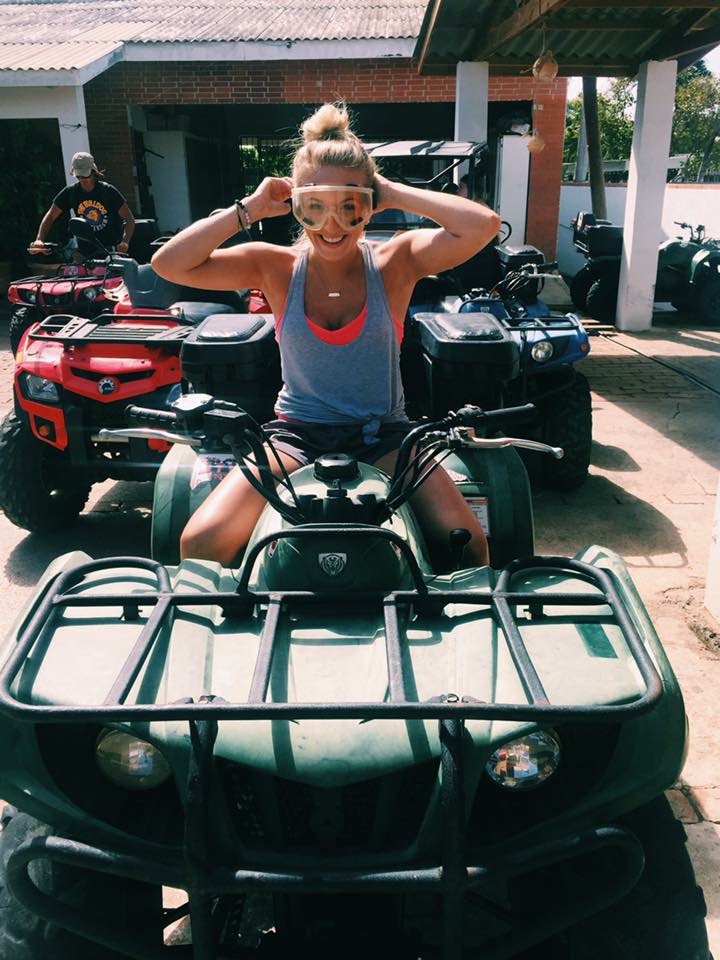 Our second stop was the Hato Caves. They were formed by coral limestone. Because of the ocean/ rain/ groundwater, incredible and eerie stalagmite formations were created. The fruit bats flying around made the experience that much more thrilling.  These caves were once lived in. I was told; Amerindians (most likely Caquetios) lived in the cave 1,500 years ago. They left many intricate petroglyphs on the walls.

I loved leaning about the islands history, culture and ecosystem. Our guide was highly informative, and friendly.

Our third stop I won’t touch on as much, just because it was the least enjoyable for me. I feel entirely too naive for not knowing the difference between a farm and a sanctuary. When I heard we were going to an ostrich farm I couldn’t have lit up more! Animals are my thing! I was excited to see these birds living their best life! Much to my surprise, it was the end of the line. This was an ostrich slaughterhouse. Being a vegetarian/ animal activist, and hearing about all the ostrich products we could buy, left me a bit pale. The only veggie item they sold, was pumpkin pancakes. I was ready to leave the second I realized what it was. Maybe others could find this to be a cool pit stop? Out of principle, it wasn’t my favorite.

Our final stop was at a personal wave pool. It was a cave where the ocean tide came in, and kept you afloat. Our guide was the only one who went in. I think we were all a little weary of the tide going in and out of the cave. But for those fearless adventure gurus, I encourage to fully embrace this wave pool!

Downtown Curacao was beautiful. There is a row of multicolored buildings. At night they are lit up, and typically live music is played in front. There was something magical about dancing in the street in front of those lit up stores. I loved this place. The restaurants were to die for. Highly suggest eating at “Kome”. 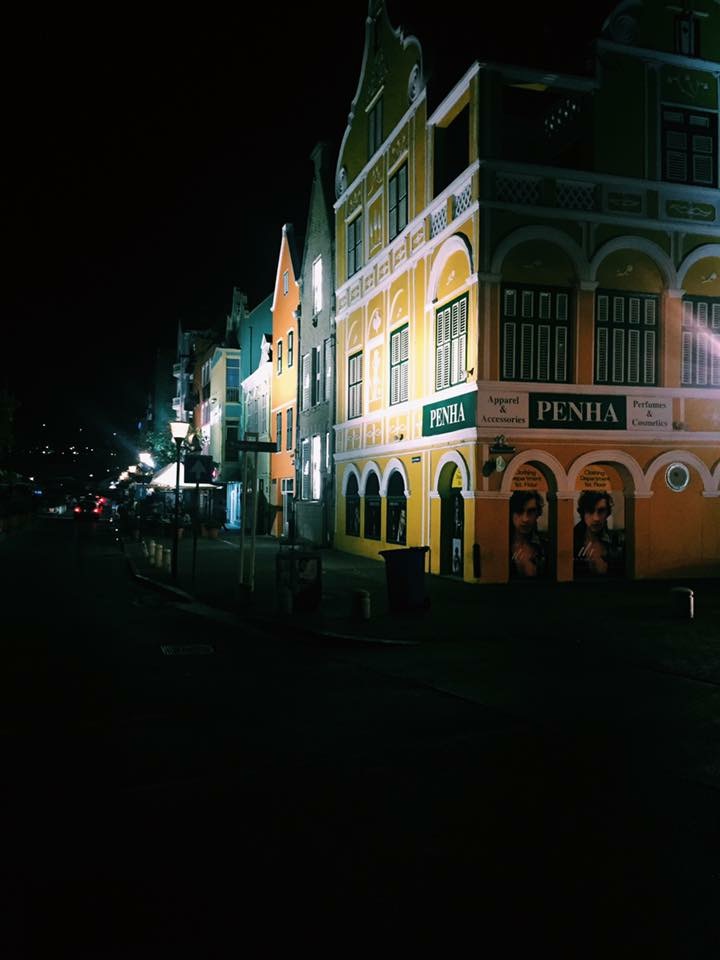 I did not spend enough time getting to know this little island. I will most definitely be back! And you too, should make a point to plan a visit!

1 Comments on “-Things to do in Curaçao-”