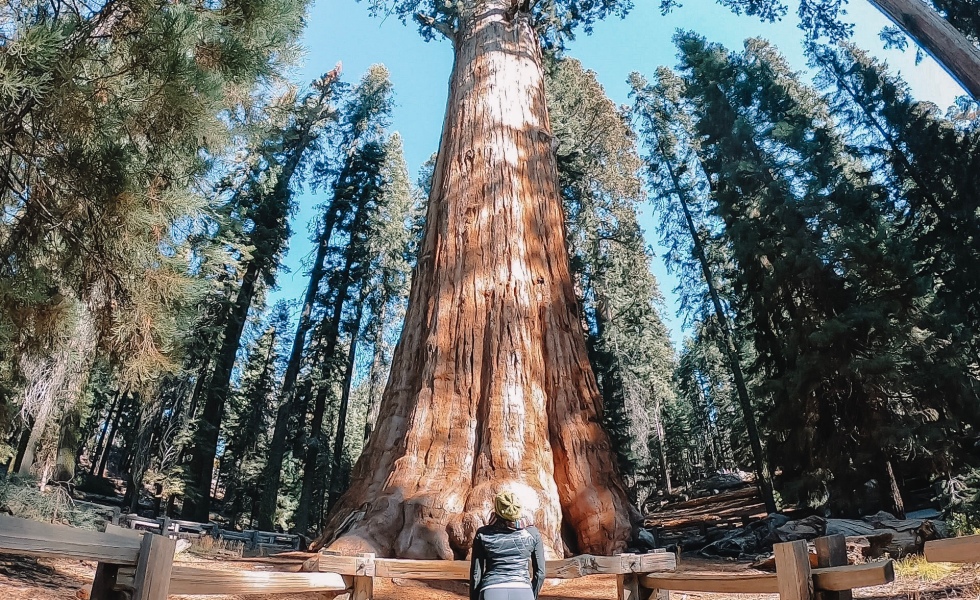 While being in my brace, I majorly struggled to sit still. I would get frustrated over not being able to hike, or be outside to my fullest degree. Traveling was near impossible, and slowing down did my head in.

Something I had been itching to do since I moved to Los Angeles (8 years ago), was witness the giant sequoia trees in Sequoia National Park.
Being immobile, I knew I couldn’t drive that far on my own, but I also wanted to share this existence with someone. My buddy David came along for the ride.
Not being in the drivers seat gave me the full experience. I got to absorb all of its beauty and glory. We left LA around 4 am, and had to drive through the fires going on in Santa Clarita. Being immersed in these giant trees, just gave me that much more appreciation for them, creating clean air for us during natural disasters such as the one we drove through. It was so nice to have a quick escape from the smoke polluted air. 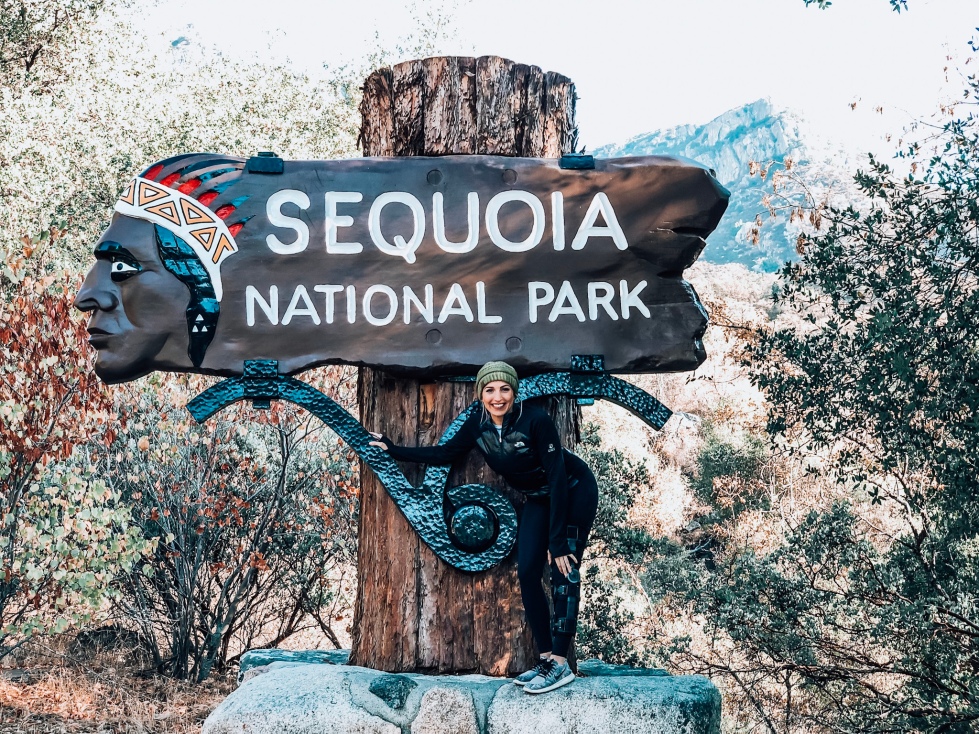 We drove up through the Three Rivers entrance. Be sure to snag some gas and snacks there if you haven’t already, as I don’t recall another stop in the park.
This entrance is an all uphill, windy road. I went during October and lucked out on weather. The trees were yellow, orange and red, and it actually wasn’t too chilly. I was in Yosemite in September of last year and severely under packed for the morning and night chill. 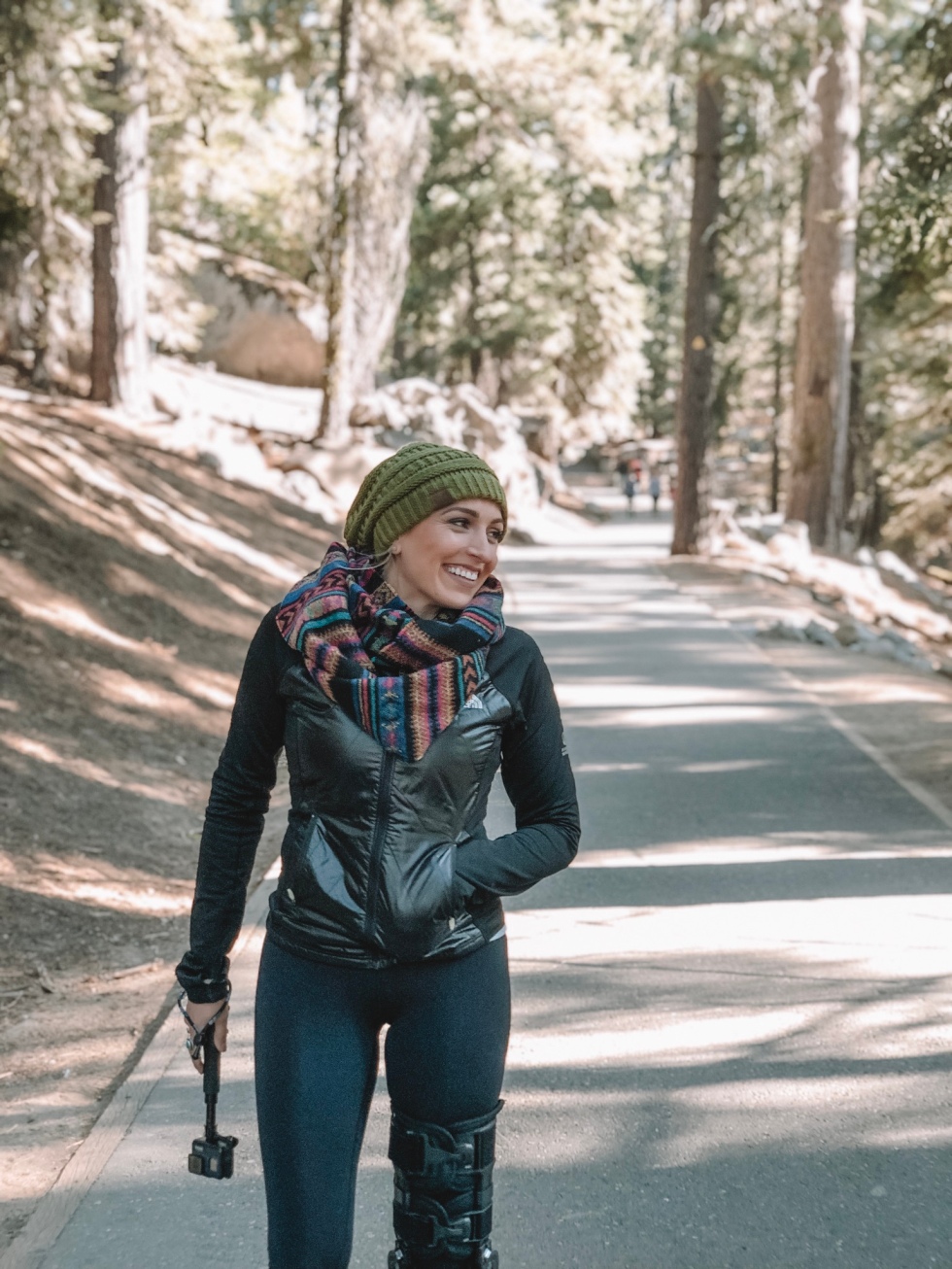 Our first stop was to witness General Sherman. It takes about 1.5-2 hours to get to from park entrance. I had learned  Sherman was to be the largest tree (in volume) on the PLANET. I have since been informed that there is a larger one located in the redwood national forest in Northern California? Suppose I’ll have to take a road trip and see this giant for myself! 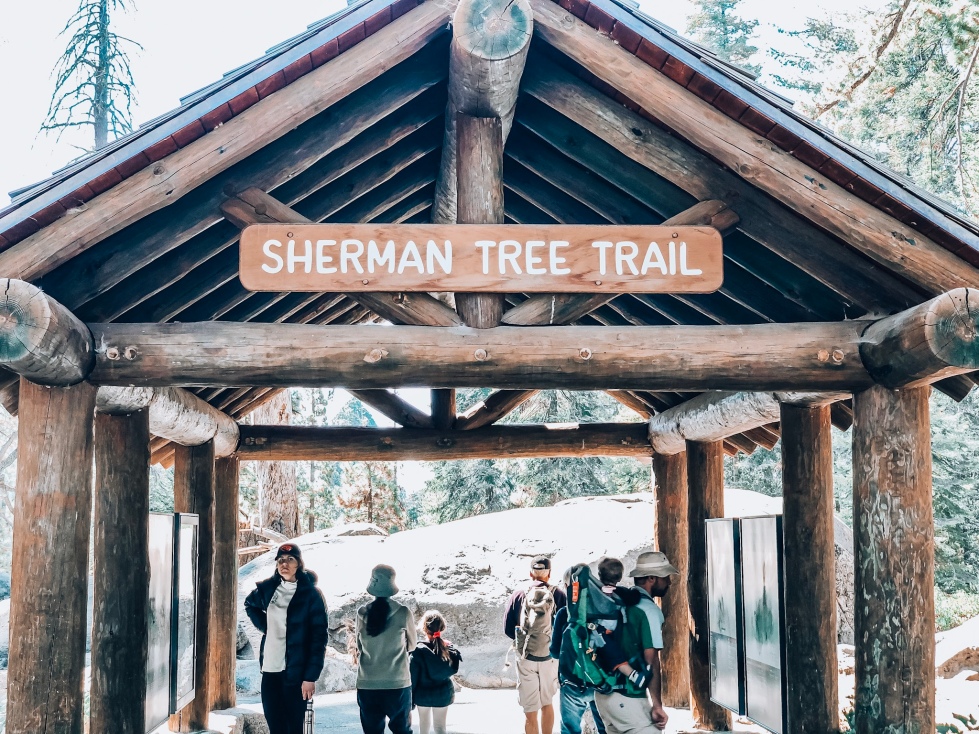 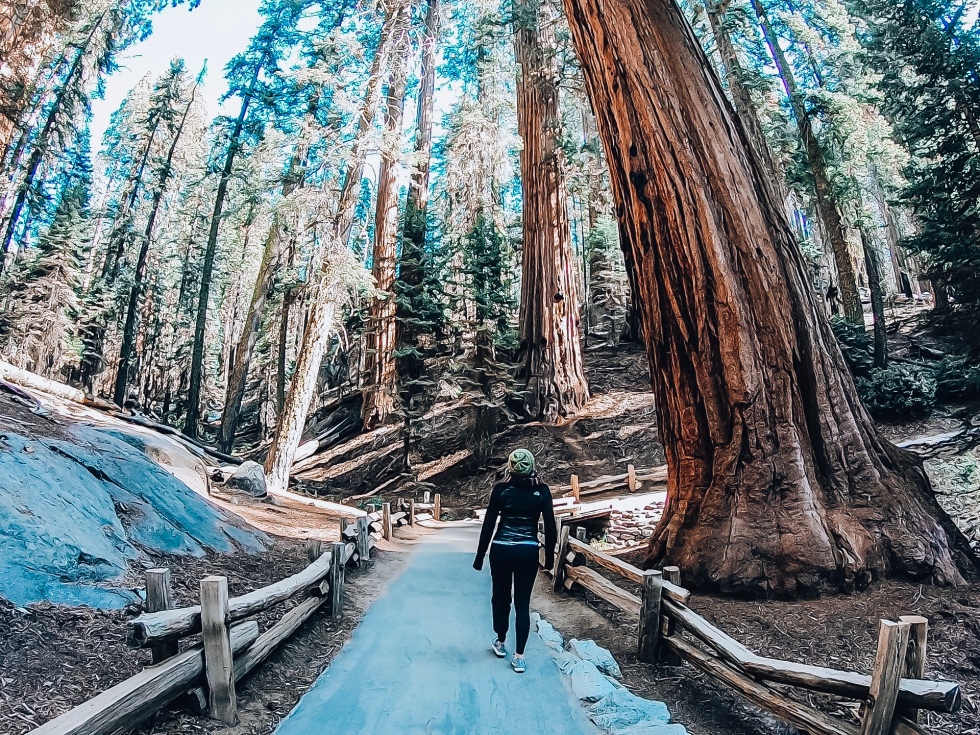 On the shaded drive to the parking lot of General Sherman, is what really took my breath away. To drive through these massive trees doesn’t seem like something we should be worthy of. They don’t even look real! I gasped the entire drive in, in disbelief. The walk down from the parking lot to General Sherman is about a mile. Fairly easy, except if you’re in a full leg brace. There are a few sets of stairs but otherwise fully paved the whole way. If you have a handicap placard there is a separate parking lot about a mile and a half away from the main lot.
I got teary eyed just being present in front General Sherman. Maybe it was because of my forever gratitude towards trees, providing us with fresh air, after fleeing the LA fires.
Or possibly just feeling some strength in myself for making the journey there, despite the circumstances. It is a pretty easy trek down from the parking lot, but I struggled big time. The elevation, plus having to over compensate with my right leg really drained me. But as soon as I got back to the car, I felt some appreciation for myself. I appreciated this trip more than I think I would have just being able to stroll down the path in a few minutes. It was a fresh reminder to value health, progress and ability on a higher scale.
So thankful to have had this adventure and this perspective shift. Oh, and always thankful for Mother Earth and the way she is consistently keeping me on my toes with her glorious creations. 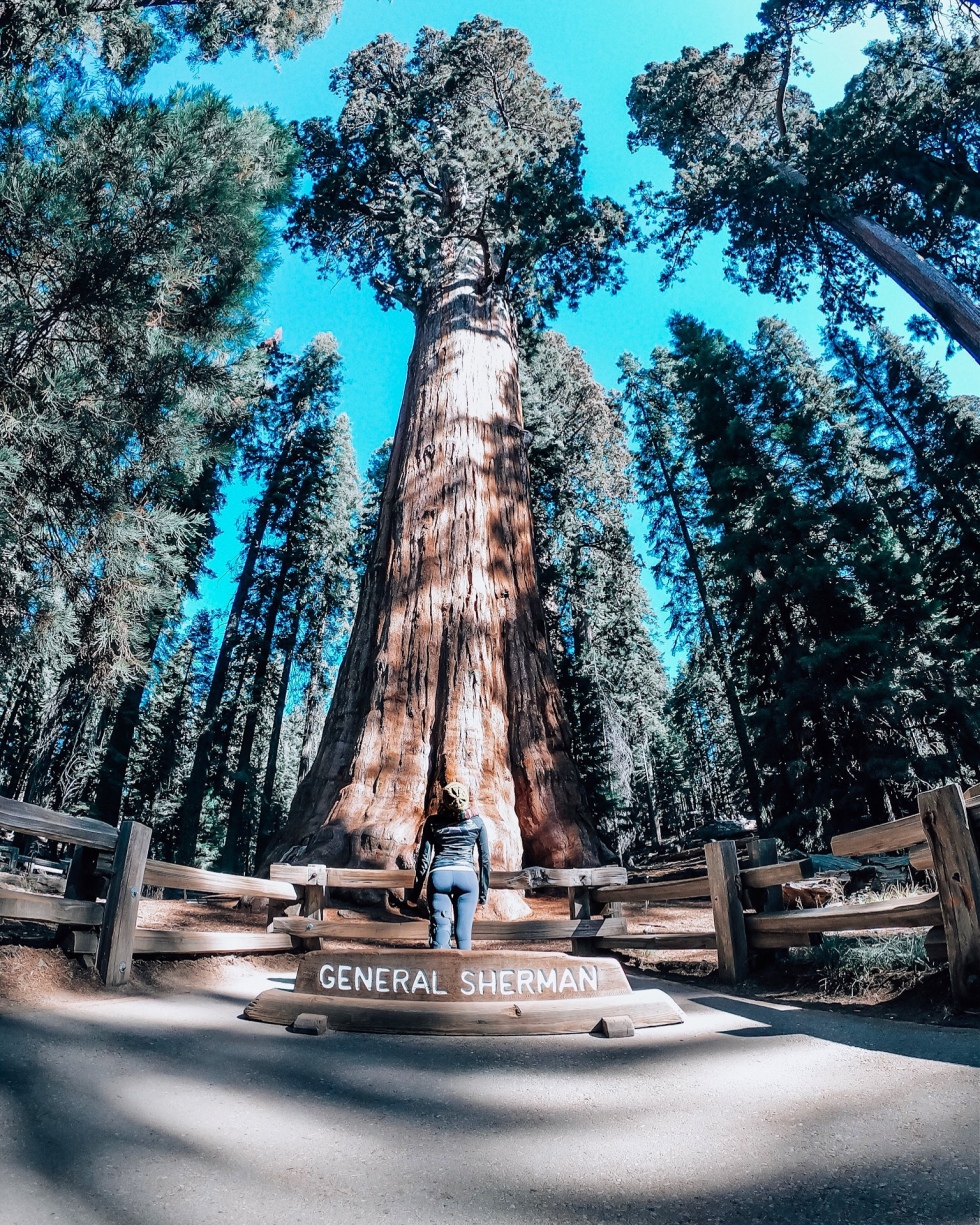 General Sherman is fenced off but there are plenty of other sequoias surrounding him that are huggable. 🙂 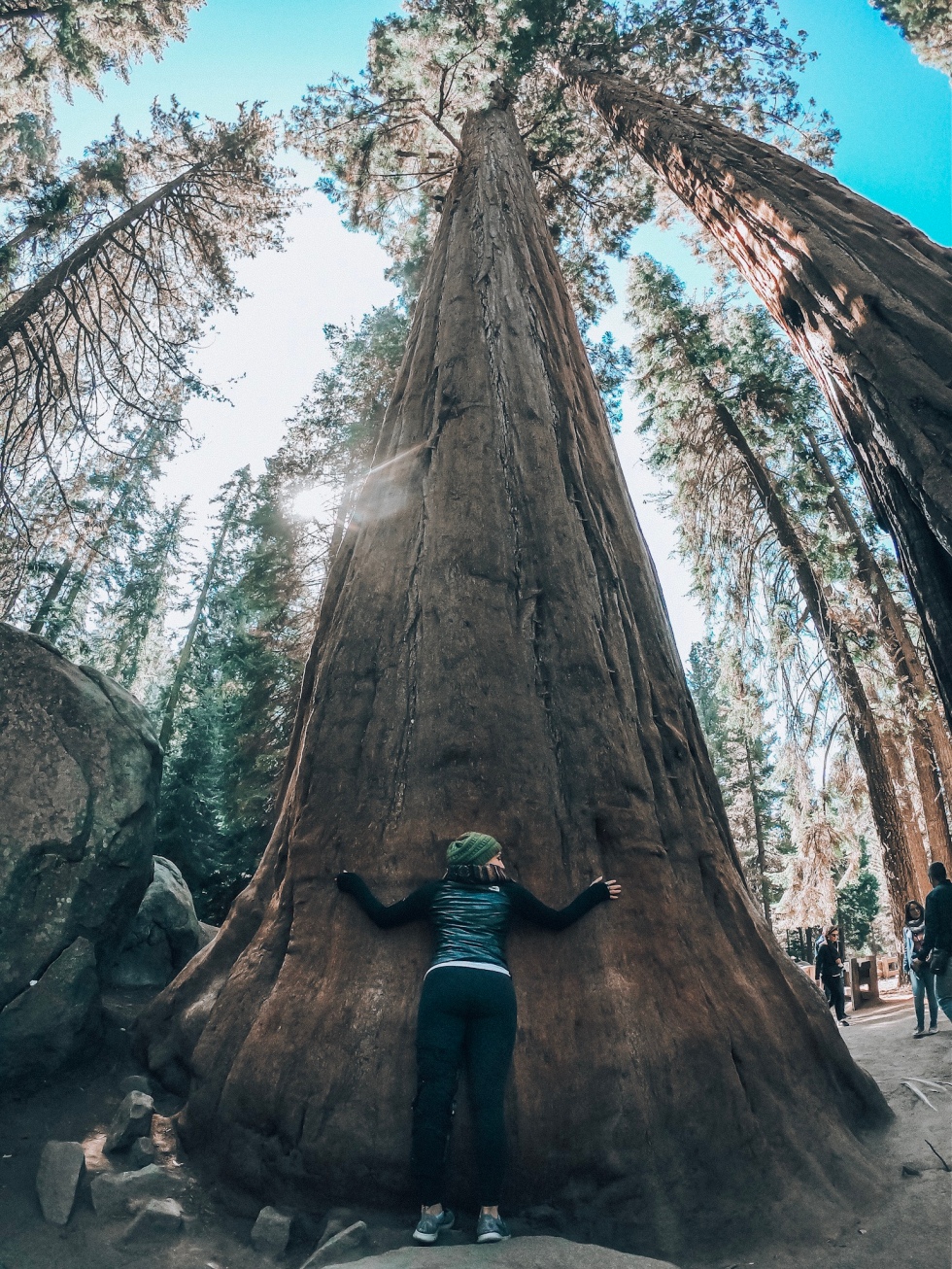 Pictures do not do these trees justice so it’s a must to visit this magical forest.
After leaving the groves, there are several lookout points you’ll want to stop at. First Creek is a beautiful lookout that you can see all of the valley and layers of the mountains. On a clear day, the views are phenomenal. A quote I saw at one of the stops really stuck with me, and held so much truth. 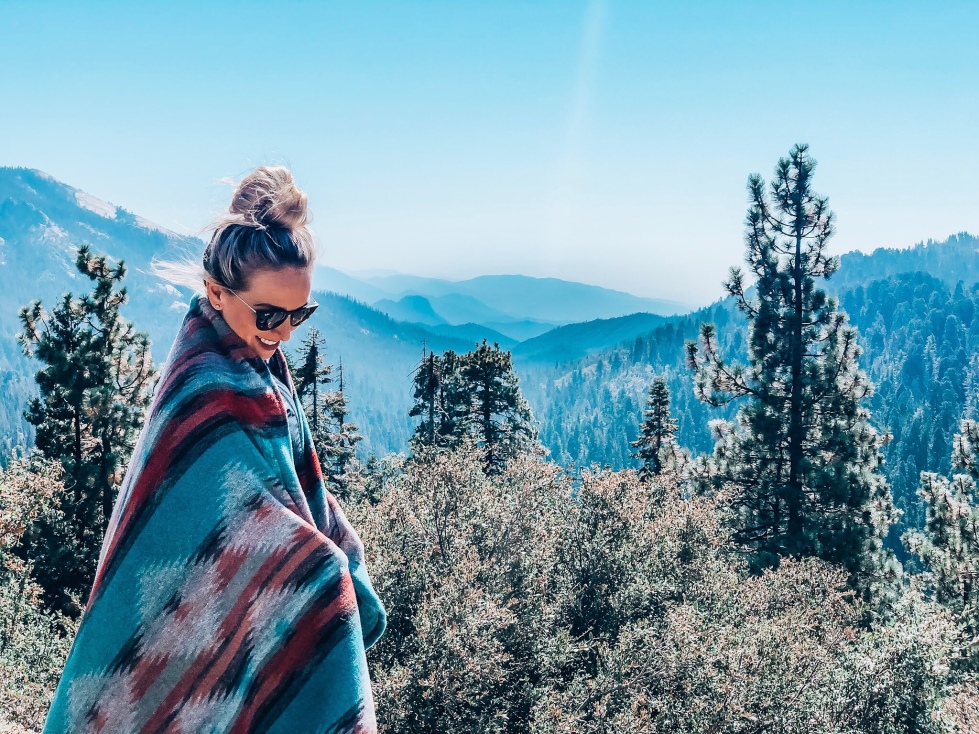 “We simply need that wild country available to us, even if we never do more than drive to its edge and look in. For it can be a means of reassuring ourselves of our sanity as creatures, a part of the geography of hope.” – Wallace Stegner

Another stop we did was Ten Mile. It overlooks Kings Canyon National Park. Major contrast to everything you will have seen thus far in the park, as it’s all rock. I loved all the diversity these parks had being so close together. 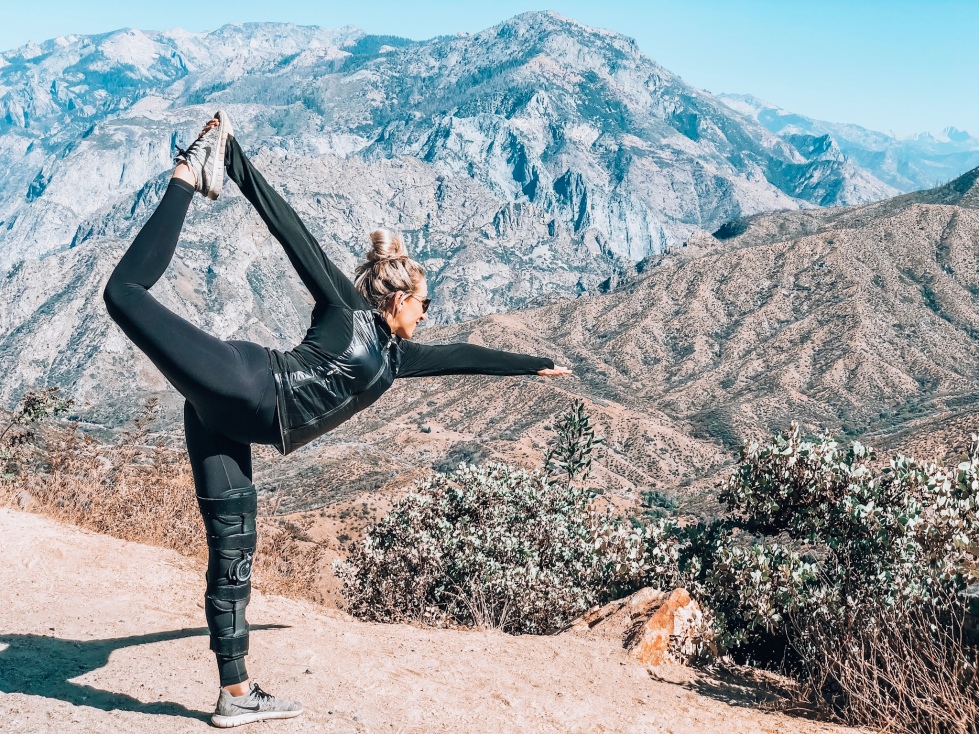 We drove a ways towards King’s Canyon. We made it to Boyden Cave and then turned back. I wish I had had more time because I loved driving through this canyon of different light colored rock. I enjoyed what I did get to see! 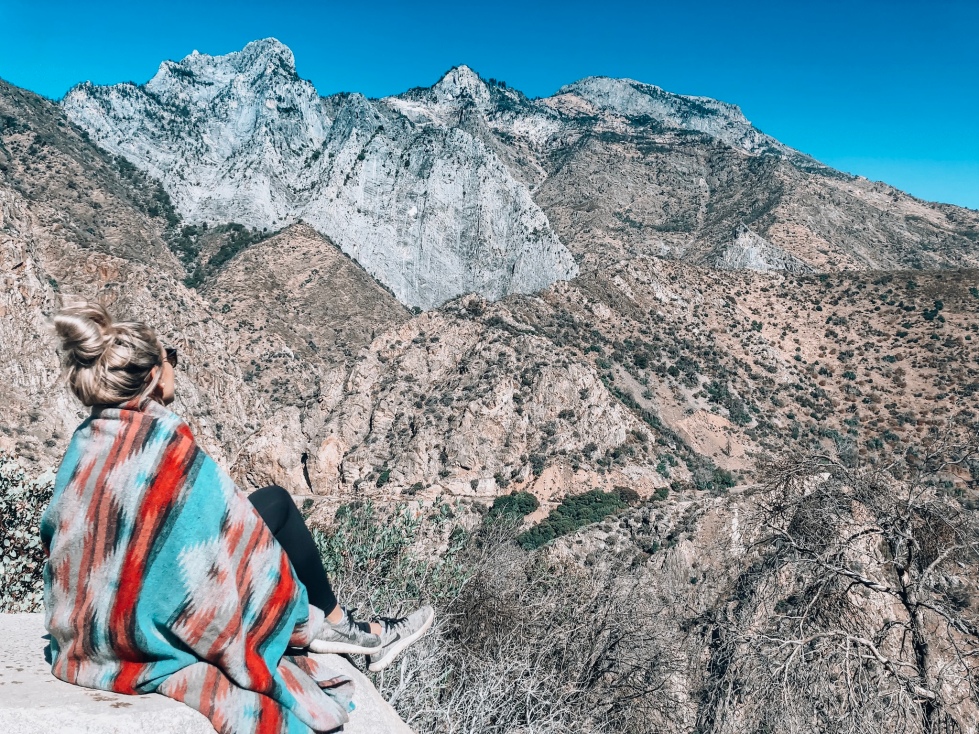 There is another grove of Sequoias on your way out, but if I were to favor one over the other, nothing compares to the grove General Sherman is located in.
Camping in Sequoia is hit or miss. There are a few first come first serve camp grounds, but the ones that require reservation fill up really quickly when the season opens. This place is magic and would be an incredible place to wake up, so if camping is something you’d like to do here, make a reservation at the top of the season.
Happy Wandering!